Through the comments we have received from several severely deluded Lyoness members, we have understood that apparently it is not clear to all readers of our blog that the Lyoness racket is in the state of collapse.

If all the information we have uploaded here did not convince you, well, then let the Lyoness instigators tell it themselves:

"[The publishing of television episodes and other stories about Lyoness] may cause a mass exodus of customers, business partners and employees. There will be an irretrievable loss of confidence [in Lyoness] of customers, business partners and employees. Lyoness' economic reputation was permanently damaged by [Plattform Lyoness]."

What we don't understand is: how could 'a bunch of unsuccessful, anonymous losers with a free Blog that anyone could make', take down such 'a powerful, legitimate company, based on the pure power (through a brilliant, ingenious system) of never-ending consumption'? Maybe the system was not flawless after all?

No, that is of course a preposterous suggestion. Its imminent ruination cannot possibly be Lyoness' own fault - so it must be the sceptics', spreading 'filthy lies' about this Austrian masterpiece without allowing any of the poor masterminds behind it a chance to speak up for themselves and explain that we are completely wrong and out of line (probably they forgot that Vorbach had nothing to say about the ORF Report episodes, and that Freidl declined to comment entirely). Also, if anyone is disappointed, they must have been misinformed by a rogue distributor, who did not follow the guidelines and decided to deviate from the proven plan which guarantees success (in the form of financial freedom).

Readers of this Blog should be aware that this type of convulsions is common for a fraud that has had its best days. It's the fault of everyone, except the instigators or the system. If the Austrian authorities will move on a bit and finally forbid the Lyoness racket for what it is (and hold the responsibles to account) before it implodes and disappears into a new, copycat racket, it will definitely be the fault of the authorities - who 'robbed their citizens from the opportunity to be finally independent and fully happy and wealthy'. 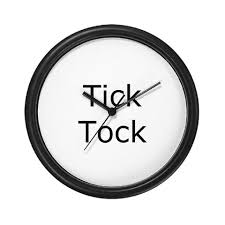